Why Ethanol Extraction Is Still Going Strong in the Solventless Age

Ethanol is one of the most common solvents used in cannabis extraction, right along with butane, propane, and CO2. But as new technologies allow for alternative means of extraction, some analysts are wondering what the future holds for ethanol.

The ethanol extraction method involves soaking raw cannabis in ethanol. The cannabinoids and trichomes are pulled from the plant into the solvent. From there, the product is refined and purified to eliminate the residual solvent and modify the resulting extract according to the processor’s needs.

Ethanol is considered “generally safe” by the Food and Drug Administration and is even used as a food preservative, which is just one reason why it remains a preferred extraction solution in many labs. Nevertheless, the market is constantly evolving, and it’s important for all extractors to understand the implications of changing technologies and consumer trends.

The two most common types of solvents for cannabis extraction are alcohols and hydrocarbons. Ethanol is the most popular of the alcohols used for extraction, and some processors even prefer it over hydrocarbons like butane and propane (as well as, to a lesser extent, supercritical carbon dioxide).

Why Cannabis Extraction Techs Prefer Ethanol Over Other Alcohols

Ethanol isn’t the only alcohol-based solvent that’s used for the purposes of botanical extraction. Other alcohols, like methanol and isopropyl alcohol, are sometimes used as well. But despite being more cost-effective than ethanol, these alcohols are generally less preferable. 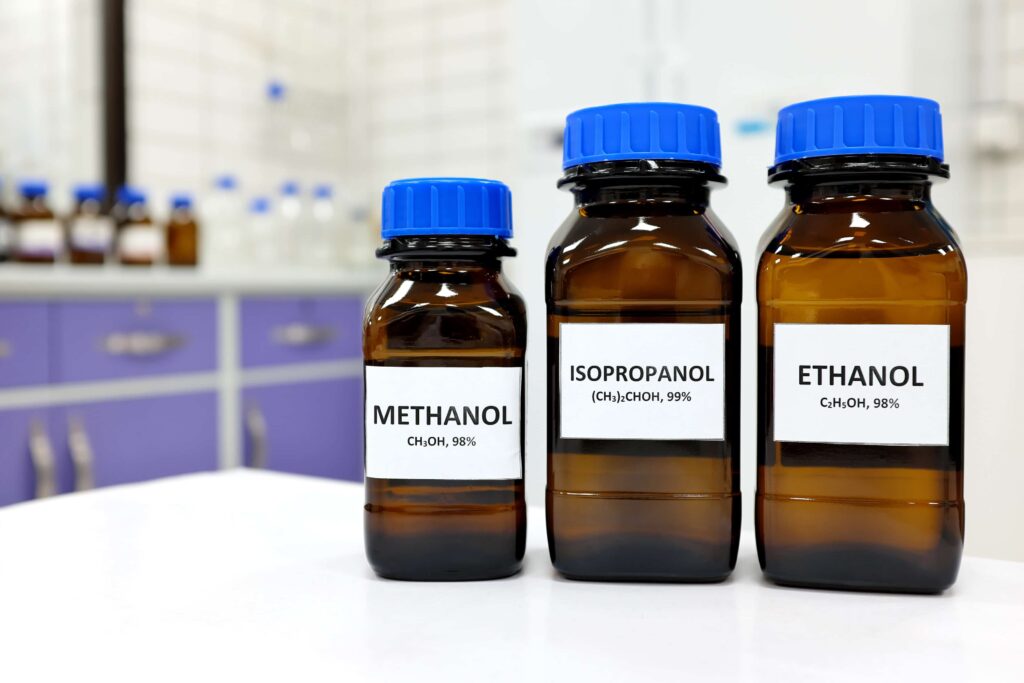 For instance, both methanol and isopropyl are toxic to ingest at much lower concentrations than ethanol. Ethanol also has a more favorable boiling point.

Why Some Cannabis Extraction Techs Prefer Ethanol Over Hydrocarbons

Hydrocarbons like butane and propane function similarly to ethanol in an extraction environment. The ethanol solution passes through the plant matter and pulls out the cannabinoids and terpenes. The solvent is then evaporated in a heated chamber, and the resulting extract undergoes further processing.

Ethanol has traditionally been less popular than hydrocarbon extraction, but it remains a strong contender on account of a few key benefits:

When weighing both the pros and cons of ethanol extraction, it’s easy to see why ethanol (and especially food-grade ethanol) remains a popular choice.

How the Ethanol Cannabis Extraction Market Is Changing 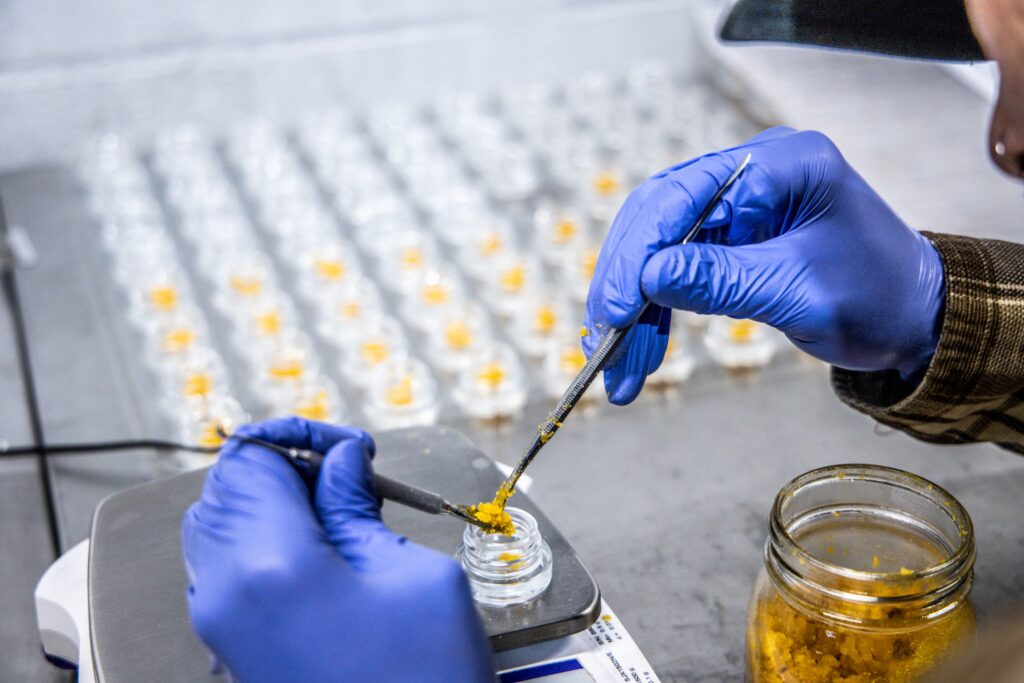 The concentrates market has been undergoing a noticeable shift over the past couple of years. As rosin press technologies continue to improve, the prominent market share is no longer split between ethanol, hydrocarbon, and CO2. Now it’s split between ethanol, hydrocarbon, CO2, and solventless extraction. And the solventless solutions have gained a lot of ground in a short time.

Consider that solventless has been recognized as the “fastest-growing concentrates category.” In a nutshell, solventless extraction uses a combination of heat and pressure to achieve the same end as traditional solvent extraction. Rather than pulling the active compounds into a solvent via dissolution, the plant material is pressed between two heated plates with several tons of force. The resulting extract is pushed out from between the plates and collected by the extractor.

Because solventless extracts are still relatively new to the market, it’s difficult to estimate the extent of their influence. We do know that they’re having a major impact, though. Consider that:

If current trends are any indication, now is the perfect time for labs to incorporate solventless extraction methods into their existing operations. With a bit of solventless cannabis extraction training, it’s possible to get up and running quickly and achieve an ROI in a matter of weeks.

The rise of solventless extraction is commonly attributed to the following factors:

State-of-the-art tools like commercial-grade, programmable pneumatic rosin presses have made it possible to produce massive quantities of high-quality rosin (solventless cannabis extract) that compare favorably to anything in the solvent market. 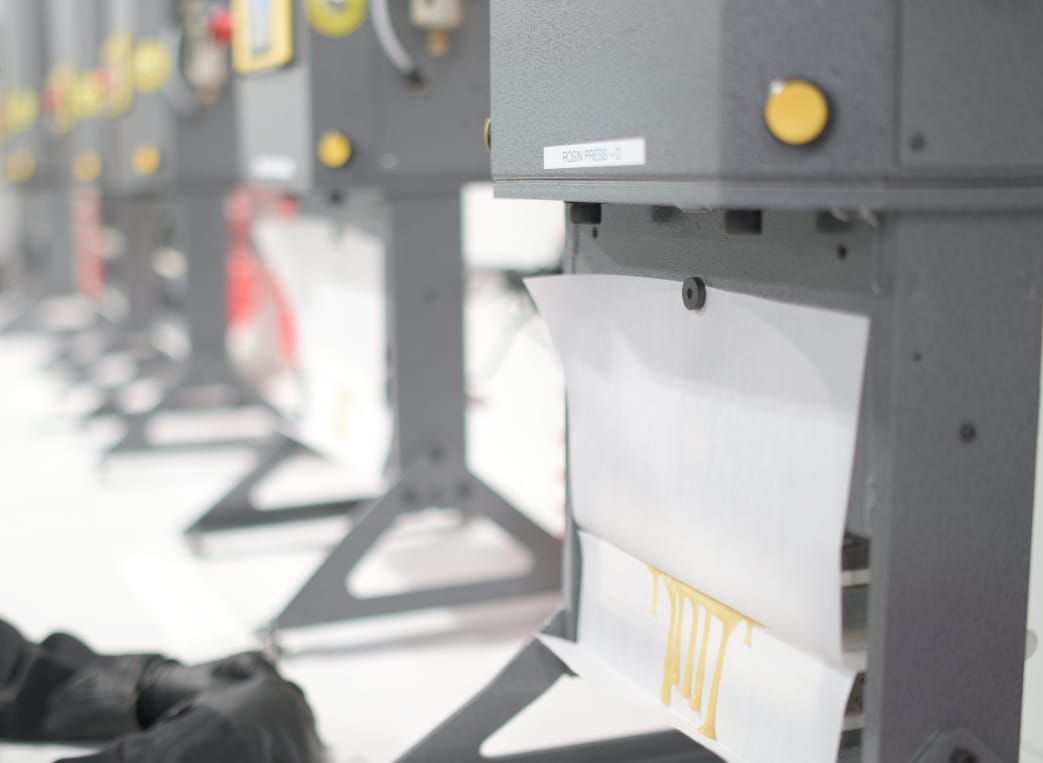 Advances in Cannabis Genetics and Cultivation

Not every cannabis strain is ideal for rosin pressing. While solvent-based closed-loop systems can accommodate even poor-quality strains, rosin pressing requires a robust, trichome-rich starting material with plenty of resin. This used to be a challenge, but in recent years, savvy cultivators have worked tirelessly to develop and selectively breed concentrate-friendly strains. Popular examples include Chemdawg, Papaya, OG Kush, and Gorilla Glue.

Solventless extracts are often perceived as connoisseur-grade concentrates. And while not all consumers look specifically for solventless, the ones who do are often willing to pay a premium. As a result, many extractors are drawn to solventless technologies for the high potential profit margins.

What Does This All Mean for the Ethanol Extraction Method?

Despite some market changes, ethanol extraction remains popular—and that popularity is unlikely to wane anytime soon. As more states introduce medicinal and recreational cannabis markets, there will continue to be a demand for ethanol, most likely in quantities greater than we’ve ever seen. New ethanol extraction technologies, including continuous-feed centrifuges and membrane filtration tools, are additionally helping to give ethanol a leg up over hydrocarbon in emerging markets.

Nevertheless, the rising market share of solventless can’t be ignored. The good news is that you can easily capitalize on this trend without abandoning your existing ethanol systems. If your business already uses ethanol, all you have to do is add a couple of solventless rosin presses to your lab. This will allow you to introduce new SKUs while still keeping your primary product line intact.

Diversification is important for any extraction lab, and in the long run, it could make all the difference for your business.