The Pros and Cons of Ethanol Extraction

Ethanol extraction is one of the most popular ways to produce cannabis concentrates, but how does it compare to hydrocarbon, CO2, and solventless extraction methods? If you’re weighing the pros and cons, you’re not alone. The extract market is anticipated to double in size by 2027, and a lot of cannabis industry entrepreneurs are already looking to claim their piece of the pie. With ethanol extraction, raw cannabis flower is submerged within the extraction solvent to draw out the cannabinoids and terpenes. The plant material is then removed, the liquid is filtered, and the ethanol is ultimately purged using rotary evaporation or a falling film evaporator. This is unique from the more common hydrocarbon extraction, in which the solvent passes through the plant material and draws out the cannabinoids and terpenes. Is ethanol really better than the alternatives? Let’s weigh the pros and cons.

There are numerous benefits to ethanol extraction. When done right, it negates the need for winterization. It’s an excellent choice for creating full-spectrum tinctures, and it’s suitable for high-volume operations. It can also be stored in higher quantities than butane and propane, and it can be utilized by seasoned extraction techs as well as beginners. 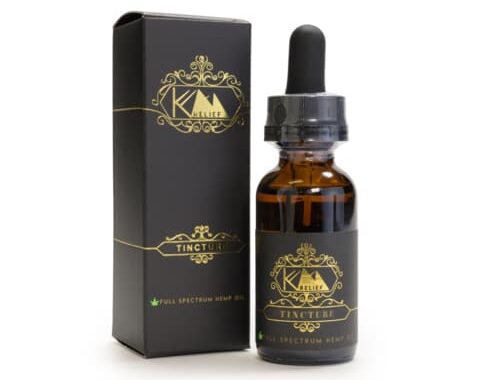 Winterization and dewaxing are often essential for removing plant lipids (such as fats and waxes) as part of the post-extraction process. This requires costly equipment and can be extremely time-consuming. But while winterization and dewaxing are staples of hydrocarbon extraction, they can sometimes be avoided with ethanol extraction—so long as the extraction occurs at a low enough temperature. There are two types of ethanol extraction: warm ethanol extractions and cold ethanol extractions. The Soxhlet technique is an example of a warm extraction. It involves boiling the solvent in a flask or pot and then condensing it on a cooled coil. The ethanol then drips onto the flower material. This method, though more cost-effective than cold extraction, does necessitate winterization and dewaxing. That’s because this method results in fats and waxes being separated from the plant along with the active compounds. With cold extraction (or cold wash extraction), the cannabis is submerged in chilled ethanol. If the extraction is completed at a temperature lower than -4°F (-20°C), the cannabinoids and terpenes can be processed without the unwanted lipids. This does come at a higher energy cost and requires tremendous cooling capacity, but it eliminates the need for winterization and dewaxing as the frozen lipids can easily be filtered out. The value here is enormous. Not only do waxes and fats contribute to an unwanted color and flavor profile, but they may also be detrimental to the consumer’s health. They may contribute to immunosuppressive effects and a condition known as lipid pneumonia.

Hazardous substances are subject to a range of storage regulations and limitations. Ethanol can be stored in greater quantities and with fewer restrictions than hydrocarbons, which is one of the reasons why ethanol has become such a popular choice among hemp cultivators looking to process tens of thousands of pounds of hemp biomass. CO2 extractors would note, however, that supercritical carbon dioxide has no storage limits and therefore has the edge over both ethanol and hydrocarbons. CO2 comes with its own downsides and limitations, though, (including the multi-million-dollar equipment and operational costs), so ethanol still has arguably better cost-savings potential when it comes to storing high volumes of solvent on site. Note that when storing any type of flammable solvents on site (including ethanol and hydrocarbons), you’ll also need to adhere to other regulations like the placement of deflagration alarms and detectors, automated sprinkler systems, and fire distance offsets.

Tinctures have become extremely popular. They remain the most popular way to consume CBD oil, and they’re becoming increasingly common in the cannabis market for consumers seeking an alternative to smoking. Ethanol extraction lends itself to the production of tinctures. The extraction process allows you to boil off any unwanted terpenes and flavonoids, leaving you with an odorless, potent cannabis oil that can be absorbed under the tongue. If your goal is to create isolate products (like 100% CBD or CBG oil), you can take the process a step further and eliminate specific cannabinoids. Many CBD producers prefer ethanol because it works as a universal solvent. Just note that it requires tremendous precision and skill to isolate specific cannabinoids and remove all traces of solvent. For those without extensive training, the risk of operator error is high.

Good Throughput at a Slightly Lower Cost Than Hydrocarbon

Ethanol extraction is often favored by high-volume extraction companies because it typically has lower electrical costs per pound than hydrocarbon extraction. The labor costs are also typically lower per pound of biomass produced. The machinery is reasonably cost-effective when compared to hydrocarbon and CO2. For a little over $100,000, you can pick up a system that holds more than 100 liters of ethanol, capable of extracting more than 3,000 grams in under an hour. And while you can find CO2 systems at a comparable price and hydrocarbon systems much cheaper, they don’t have nearly the output or storage capabilities. For instance, a comparably priced closed-loop hydrocarbon system will typically hold 10 liters of solvent or less. Ethanol extraction isn’t a complete bargain, though. As with

, you also have to consider the costs associated with building codes for pressurized solvents. These costs can be significant, and they add up quickly. For a proper lab that’s built to code, you might invest $60-$100 or more per square foot. And once you’re ready to go, the mandatory inspections can run tens of thousands of dollars. In terms of the solvent itself, you might pay a bit more than you would pay for butane—especially if you opt for food grade ethanol (and you should absolutely opt for food grade ethanol), but the difference is negligible, especially when you consider the total cost of production. When it comes to cost savings, the only significantly more affordable option is solventless extraction. You can get up and running with a little more than a rosin press, a hash-washing system, and a freeze dryer. Full labs can be set up for less than $50,000 in many cases, and you never have to invest in solvents or the costly regulatory equipment that goes along with solvent-based extractions.

Despite the advantages of ethanol extraction, it does have some notable downsides. It tends to pull excess plant matter along with the cannabinoids, it has a slow and difficult recovery process, and it recovers fewer cannabinoids than the alternatives. And that’s just the beginning. 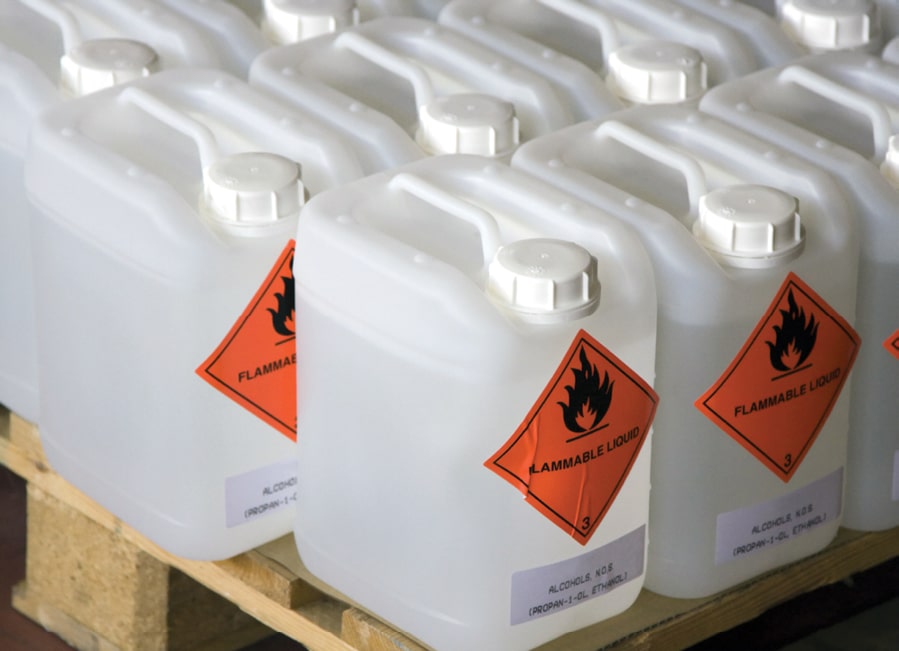 Unlike butane, ethanol is a polar solvent. Polar solvents are notable for extracting more water-soluble components from the plant material—including chlorophyll. Removing these non-active pigments from an ethanol extraction often necessitates difficult post-processing. For example, chlorophyll may be removed with the help of activated carbon (activated charcoal). Carbon is extremely effective at removing pigments, but it can also have the unfortunate side effect of absorbing active compounds like THC and CBD, leaving you with a less potent product. In addition, it can decrease the size of your yield. But pigment removal isn’t the only aspect of post-processing. The ethanol also needs to be removed from the extraction. This may be achieved using vacuum distillation or falling film evaporation.

Ethanol Extraction Is a Slow Process

In general, ethanol extraction takes much longer than hydrocarbon and other forms of extraction. Part of this is due to the complex post-processing as noted above, but there’s an even more significant reason why ethanol extraction is a slow and difficult process: the high boiling point. Ethanol has a much higher boiling point than solvents like propane and butane. Ethanol has a boiling point of 173°F (78°C) whereas propane has a boiling point of −44°F (−42°F) and butane has 30.2°F (-1°C). Many extraction companies are transitioning to solventless extraction in part because the optimal temperature is much easier to achieve. Rather than heating solvents, the necessary heat is distributed across two heat plates that are pressed together with several tons of force, separating the desired compounds from the plant in minutes (sometimes seconds), not hours.

Not only can ethanol extraction result in lower yields (especially when activated carbon is a factor), but it also tends to extract fewer cannabinoids and terpenes than other popular extraction methods. This is because, as a polar solvent, ethanol tends to pull other soluble compounds like chlorophyll along with your active compounds. Consider that:

If potency or a high-quality product is your goal, ethanol just isn’t your best option.

Like most major solvents used for cannabis extraction (supercritical CO2 notwithstanding), ethanol is extremely flammable. It has several different flashpoints, or temperatures at which the vapors can create an ignitable mixture in the air. A lower flashpoint means that the solvent is easier to ignite. Pure, 100% ethanol has a flashpoint of just 61.88°F (room temperature), while diluted forms of ethanol have increasingly higher flashpoints. A 90% ethanol solution has a flashpoint of 63°F, and even a 60% solution can ignite at just 72°F. And as flammable as ethanol is, it’s still not as flammable as hydrocarbons. When working with these types of flammable liquids, you have to follow strict safety protocols to the letter.

The Final Word on Ethanol Extraction

While ethanol-based extraction offers some cost, storage, and precision benefits, the cons outweigh the pros. We haven’t even gotten into the high carbon footprint, the complexities of managing the hazardous biomass waste, or the relative inability of ethanol to produce certain concentrates like sauce and shatter. Ultimately, solventless extraction remains the safest, purest, easiest, and most cost-effective extraction method for producing extracts and concentrates. It’s easy to get started (especially with the help of knowledgeable cannabis extraction consultants), it’s much easier for your company to turn a profit, and you never have to worry about residual solvents ruining your extract.