As the popularity of solventless concentrates and infused products increases, so does the need for cannabis cultivars with terpene profiles that best lend themselves to the hash washing and rosin pressing processes. Here’s what to look for when selecting your best varieties with the highest quality potential terpenes for your solventless SKUs.

There is still some market confusion as to what a terpene is. The term terpenes is widely used in the legal cannabis world these days, but what exactly does it mean?

Put simply, terpenes are organic compounds that give plants, fungi, and even some insects their unique scents. Terpenes are secreted from the same glands as cannabinoids, the trichomes. While the two come from the same part of the cannabis plant, cannabinoids and terpenes are vastly different. Cannabinoids are unique to the cannabis plant and categorically include many varieties and subtypes of THC and CBD. Terpenes exist in many plants in our natural world. The terpene pinene for example is the same compound that makes a pine tree in a forest smell similar to a very aromatic cannabis bud of the same profile. Cannabis varieties can contain dozens or perhaps hundreds of terpene profiles, but there are a few dominant terpenes that stand out more than others.

Pinene is one of the most common rosin terpenes. It smells and tastes exactly as its name suggests. Pinene has an aroma like the forest with a hint of sweetness. Trees are some of the most common plants that terpenes can be found in nature and can also be found in most cannabis cultivars. Pinene also shows up in herbs like rosemary and parsley. If you’ve ever processed or consumed cannabis that has a distinctly forest-like or pine-heavy aroma, pinene is why a small whiff brings you back to your last hike.

Humulene is woody and spicy and is found in many beers that are heavy on hops. Humulene is pleasant and woody, giving many craft brews their distinct flavor profile and showing up in popular rosin terpenes. A few popular strains that are high in humulene include many Girl Scout Cookies lineages, as well as many phenotypes of bubba kush and white widow.

Linalool has a distinct aroma of lavender, and it has a unique floral taste with hints of spiciness. In addition to lavender plants, Linalool is prevalent in the bark of birch trees, as well as peanut leaves. Most people find linalool to have a calming, sweeter scent. Three very popular strains you’ll see that typically contain a lot of linalool are Pink Kush, Amnesia Haze, and Master Kush.

Another rosin terpene that smells and tastes as its name suggests, limonene is present in many citrus strains. You’ll also find limonene in plants like lilac, which gives cannabis varieties a flowery aroma. Limonene is one of the most popular cannabis terpenes, and one that only a handful of high quality solventless-friendly strains tend to produce. Lemon G is a major one that is often crossed with other strains for top shelf artisanal hash rosin blends.

Myrcene is herbal and earthy and has a hint of spicy and citrusy scents. Myrcene is found in many cannabis strains and is arguably the most abundant of the solventless terpenes. You will also find myrcene in other natural plants like balsam and lemongrass, as well as in black pepper. Many heavy indicas, such as Afghani crosses, typically have plentiful concentrations of myrcene. While there isn’t much peer reviewed evidence out there, myrcene is commonly attributed as the reason that a lot of indica strains make people sleepy as it can offer positive sedative feelings for many.

One of our absolute favorite terpene profiles is often heavily comprised of valencene, which is the primary terpene that presents citrus scents and aromas from oranges to grapefruits. Many customers have become connoisseurs of “fruity” hash rosin strains, of which the best varieties fly off the shelves because so many associate valenence with sweet, fruity varietals. Tangerine OG, Papaya, and many other fruit-heavy strains have above average concentrations of valencene.

Terpinolene is perhaps the most complex and multi-dimensional of all solventless terpenes. It has a bit of everything – floral, herbal, piney, and even a little citrus hint. Terpinolene is distinctly fresh, which is why it shows up in soap and perfume. You will also find this rosin terpene in apples and nutmeg. Pineapple Kush and Super Lemon Haze are a well known strains that tends to have higher than average amounts of terpinolene, which is usually a crowd favorite terpene when it shows up in full melt or hash rosin.

The Beta-Caryophyllene solventless terp profile is spicy and nutty. The flavor and aroma of this rosin terpene lend themselves to hearty herbs like cloves and rosemary. While the cooking connotations aren’t necessarily reminiscent of cannabis, Death Star and especially Cookies and Dream are two renown strains for solventless that tend to carry high levels of beta-caryophyllene.

The scent of the Ocimene rosin terpene is among the most fragrant. This solventless terp has noticeably sweet aromas, with notes of herbs and wood. Ocimene can be found in fruits like mangoes and kumquats. You’ll also see this solventless terp show up in herbs like mint, parsley, and basil. Clementine and Golden Pineapple are two strains that have been noted to have ocimene in them, both of which can be productive for solventless with the right phenotype.

There are also several secondary rosin terpenes you’ll find in cannabis strains as well. These include sabinene, phellandrene, borneol, isoborneol, and phytol. Rosin terpene profiles that are among the most prevalent in cannabis include ocean grown (OG), gassy, earthy, and fruity. Some of the best solventless strains include Chem Dawg, Gorilla Glue, and varieties with cookies and white lineage. Remember that this review is just a brief look at some of the most prevalent solventless terpenes. For more in-depth information on solventless-friendly strains, check out a previous article we did on the subject.

Rosin Terpenes – the Future of the Cannabis Industry

It is crucial to understand the lineage of cultivars to produce the best cannabis products for your customers. The standard classification of Indica and Sativa is widely known and understood. However, this classification is lacking and leaves out much of the potential benefits of plant medicine. It is also not the most accurate and can also be somewhat of a guessing game. For this reason, rosin terpenes are the future of the cannabis industry. Savvy consumers and cannabis entrepreneurs alike understand that terpenes hold endless possibilities for therapeutic benefits on the medical side, as well as flavors and aromas in recreational markets.

Many cannabis companies are picking up on the importance and popularity of solventless terpene profiles. Terpenes hold the key to the continued success of the cannabis industry, thanks to their vast flavors, aromas, and arguably endless medicinal properties. The time is now for cannabis professionals to educate themselves about terpene profiles and their vast benefits.

We are just scratching the surface to understanding all the potential found in terpenes that make solventless products as special as they are. As cannabis policy form continues progressing, the space will continue to peel back the layers of federal prohibition and research restrictions. In doing so, the cannabis community will better understand the plant and its capabilities. This continued evolution will inevitably give way to many additional premium products featuring solventless cannabinoids and terpenes.

If you want to give your customers the best solventless terpene profiles, you need to go with the fresh frozen route. Terpenes are volatile and can be challenging to preserve, but freezing your freshly harvested cannabis plants is the best way to achieve delicate, unique terpene profiles. Fresh freezing your cannabis harvest reduces the loss of the ultra precious volatile mono and sesquiterpenes. If done correctly, fresh frozen is not only cost-effective and makes sense. It will give your customers the most accurate representation of their favorite plants in solventless form.

PureCannalabs Is Ready To Help

The wonderful world of rosin terpenes can be confusing, but training your staff to produce the best solventless extracts doesn’t have to be.

The experts at PureCannalabs are eager to get your team up to speed. Contact us today with any questions about your setup. We’re excited to hear from you! 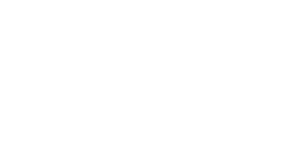